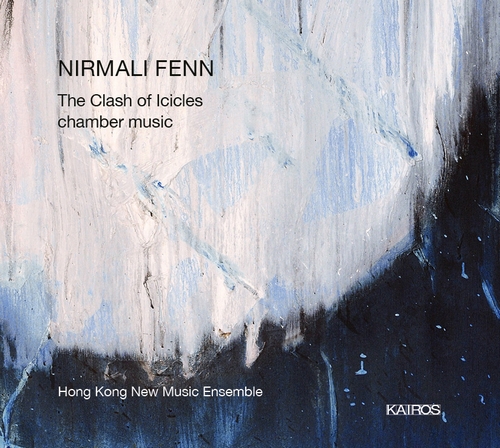 Fenn: The Clash of Icicles

Kairos - 0015055KAI
Kompozytor
Nirmali Fenn (ur. 1979)
Wykonawcy
Hong Kong New Music Ensemble
The Clash of Icicles Against the Stars (flute, accordion, sheng)
A Highwire Act (violin, cello, piano)
Scratches of the Wind (alto flute)
Through a Glass Darkly (clarinet, trumpet, accordion)
The Ground of Being (flute, alto flute)
A Reaction in Force (oboe)
The spatial conditions of my environment affect the way I build my music. For instance, in Singapore, where I am currently based, there are incredible thunderstorms, the deep, reverberant sounds of which are seeping into my current pieces. The pieces on this CD were written between 2008–2014 when I was living in Hong Kong, New York, Norway and Australia.

My love of the natural environment comes from growing up in the “wide, brown land” of Australia, where sounds have so much opportunity to resonate that their decays seem prolonged. For instance, the singular sounds of the bellbirds are very audible in the Australian countryside and, if you stand still in one place long enough, you can imagine their flight paths among the trees and deduce the height and density of the trees surrounding you. It was in Australia that I wrote A Reaction in Force and it was written for the oboe, an instrument that played a strong part in shaping me as a musician.