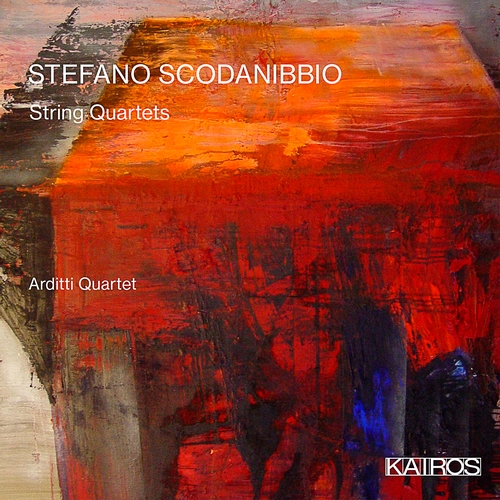 Visas (1985/1987)
Lugares que pasan – a Adolfo Castanon (1999)
Altri Visas (2000)
Mas Lugares (su Madrigali di Monteverdi) – a Luciano Berio (2003)
“I first met Stefano Scodanibbio in 1986. What first impressed me about him and his music was that he seemed a determined young man, equally proficient on the double bass or as composer, a rare breed in the world of music of those days. His style was a very individual one, not following traditional avant-garde trends but exploring his own very special world of string harmonics. As a composer, Stefano was an individual voice in our new music world. He was a friend and fellow musician, who is sorely missed by us and all that knew him.” (Irvine Arditti)
Recording: Teatro Lauro Rossi, Macerata/Italy, 10–14 April 2016.