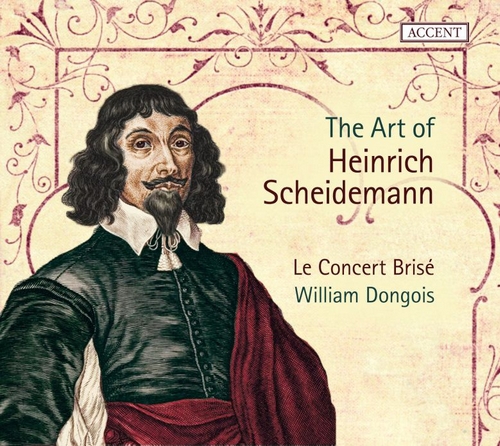 Scheidemann: The Art of 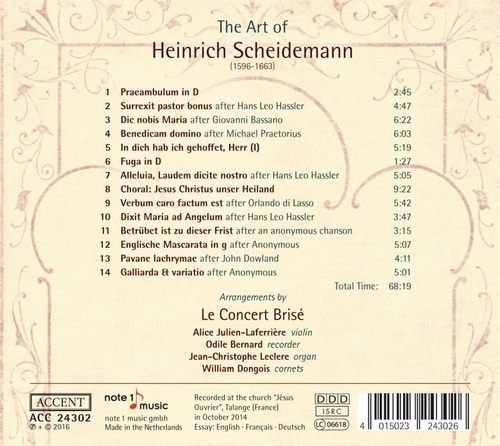 Heinrich Scheidemann (1596-1663), student and follower of Jan Pieterszoon Sweelinck, was organist at St. Catherine’s Church in Hamburg from 1629 until his death. He left a multifaceted oeuvre to posterity that is still not well known today. He improvised most of the music that he played in the context of worship. Only mere traces have survived in manuscript form (only a handful of printed editions) that were transcribed from their performances. In the entirety his oeuvre demonstrates a balance between influences from the South (Germany and Italy), from France, the Netherlands, from England and from his master Sweelinck.

A reason for Scheidemann’s oeuvre being nearly forgotten may be the high technical standard required for the execution of his music. Due to his talent for improvisation, Scheidemann wrote very virtuosic compositions emerging from various musical works in which seriousness and exuberance play side by side. The improviser’s demeanour can be felt in every note of these compositions.

For contemporary musicians dealing with early music, making arrangements succeeds to the practice of the Renaissance; in those times, a composition merely represented a framework upon which the musicians could improvise. In order to appreciate Scheidemann’s masterpieces of diminution and improvisation, William Dongois and Le Concert Brisé presents a programme with adaptations of his works on the present CD. The arrangement became a rewriting in which the basic form and intention of the original was never discarded: the cornett, the violin and the recorder concert with the bass line in the organ as in several sonatas for three upper voices with concerting bass.