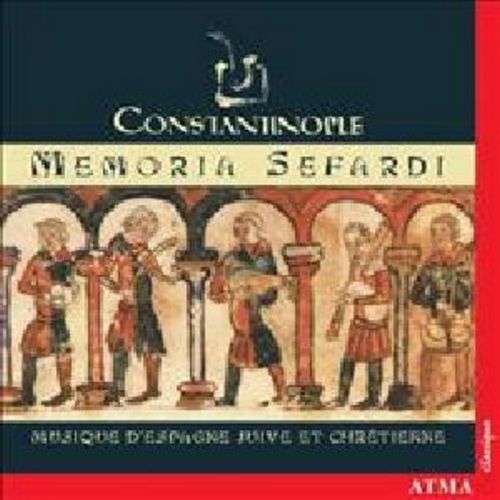 Constantinople
Memoria Sefardí
Jewish & Christian Music From Spain
Musique d'Espagne juive et Chrétienne;
Since its inception in 1998, Constantinople has endeavoured to find a unique mode of expression and a new, creative approach to interpreting the music of the Middle Ages and the Renaissance. To do so, the group juxtaposes a careful study of historical manuscripts with a pursuit of the living oral tradition of the Near and Middle East more specifically, the classical Persian tradition.

These instruments have a rich history and a musical heritage that is kept alive by each of the musicians in the ensemble. Through their knowledge and skills, the members of Constantinople breathe new life into music of the past while creating a new, rich aesthetic experience in the present.

Constantinople, under the artistic direction of Kiya Tabassian, explores the music from the cultural sphere of the Mediterranean in the Middle Ages and Renaissance. The group cultivates a unique form of expression that gives free rein to creativity and improvisation, yet respects the basic forms of the music it seeks to reinterpret.
Realizacja - 02/2002