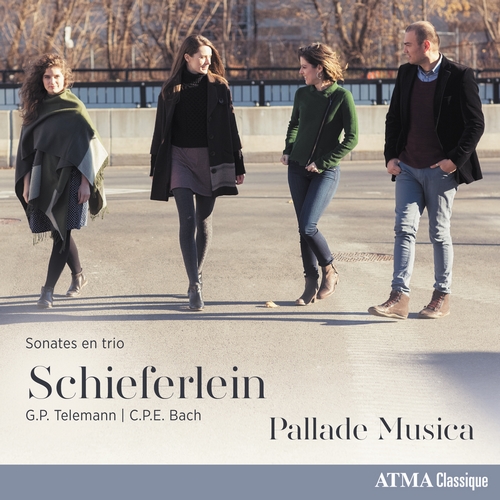 Carl Philipp Emanuel Bach:
Fantasia in D major Wq. 117/14, H. 160
Trio Sonata in G Major for flute, violin, and continuo, Wq. 150, H. 574
Baroque ensemble Pallade Musica offers a glimpse into the world of Otto Ernst Gregorius Schieferlein, a German Baroque composer. Precious little is known of Schieferlein. He was born in 1704, in Buxtehude, a city near Hamburg, where he died on in 1787.

Among the few works that have been attributed to Schieferlein are a wedding cantata, and the three trio sonatas that are recorded here for the first time. They have survived in an 18th-century manuscript copy from the library of the Royal Conservatory of Brussels.