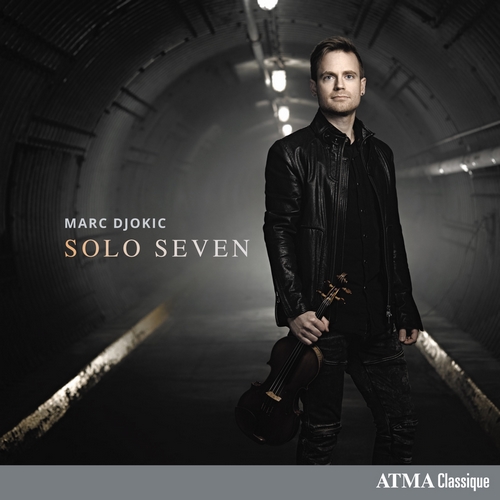 Christos Hatzis:
Dystopia
For his debut album, Solo Seven, violinist Marc Djokic is proud to present a collection of pieces for solo violin by great Canadian composers. Most of the program selections are the result of his close collaboration with each of the composers. Djokic’s ever-evolving research into new Canadian violin repertoire is the inspiration behind this project. Works by Richard Mascall, Christos Hatzis, Matthias Maute, Kevin Lau, Ana Sokolovic, and Vincent Ho celebrate the violin as a solo instrument, and push the technical, musical, and polyphonic limits of the instrument.