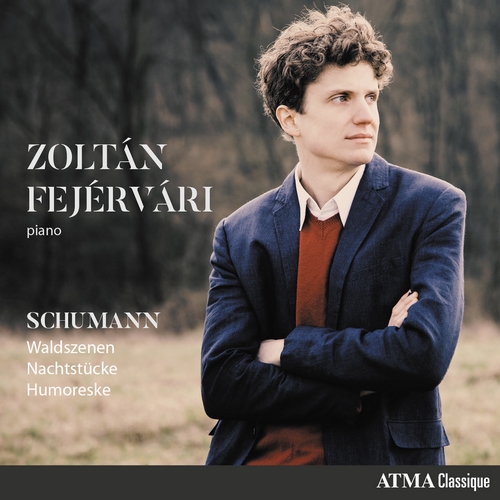 “Fejérvári’s playing is multi-layered and precise, requiring full concentration on the part of the audience. Every note has its own particular dynamic, character, and expression.” – Kulturvollzug

His solo recording debut, Janácek, was released in January 2019 and earned rave reviews as “the most sensitive and deeply probative recording” of that composer’s work (Gramophone).

Zoltán Fejérvári has emerged as one of the most intriguing pianists among the newest generation of Hungarian musicians. Recipient of the prestigious Borletti-Buitoni Trust Fellowship in 2016, Fejérvári has appeared in recitals throughout the Americas and Europe, at prestigious venues including Carnegie Hall, Montréal’s Place des Arts, Gasteig in Munich, Lingotto in Turin, Palau de Música in Valencia, Biblioteca Nacional de Buenos Aires, and Liszt Academy in Budapest.
Recording; Salle de concert, Domaine Forget, Saint-Irénée, QC, September 3-5, 2018