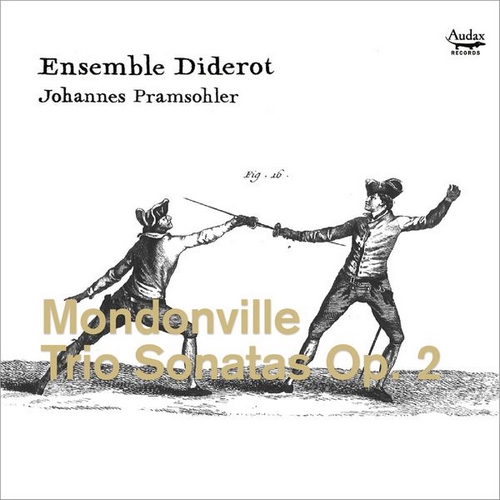 Sonata I – in E Minor
Sonata II – in B-flat Major
Sonata III – in G Major
Sonata IV – in F Major
Sonata V – in D Major
Sonata VI – in C Minor
While the magnificent motets and the virtuoso sonatas for violin and harpsichord by Jean-Joseph Cassenéa de Mondonville are widely known today, his Trio Sonatas op. 2, which were published in 1734, have until now been completely ignored by the musical world. Like the sibling works of Jean-Marie Leclair’s op. 4 (1730), they represent a highly successful fusion of French and Italian influences and offer not only first-class musical entertainment a la française, but also moments of great profundity.

The musicians of Ensemble Diderot, in partnership with the Foundation Royaumont, present this rediscovery of French repertoire with youthful verve and exuberant creativity.