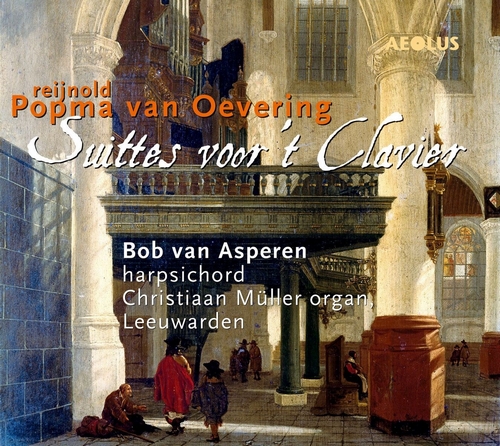 His six harpsichord suites are presented here for the first time as a complete CD recording, made partly on the monumental Christiaan Müller organ in Leeuwarden, built in 1727 upon the initiative of the composer.
Harpsichord after Goermans/Taskin, Grote of Jacobijnerkerk, Leeuwarden 1727