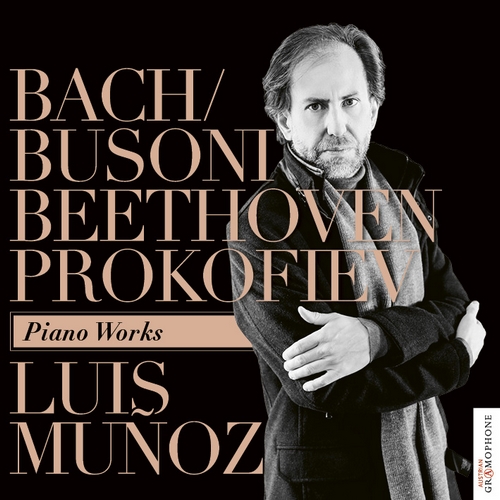 Sergei Prokofiev:
Piano Sonata No. 7 in B-Flat Major, Op. 83
Chilean pianist Luis Munoz with this album presents his late and long overdue debut recording. The selection of works has been influenced by the piano tradition founded by Claudio Arrau, which is where Munoz comes from as an artist: Sonatas by Beethoven and Prokofiev are framed by Bach transcriptions of the great Feruccio Busoni.

This is a Romantic album through and through, with “great pianistic culture, refined intellectualism, absolute obedience to the musical idea and to the spirit of the work", as Gerard Kimeklis writes about Luis Munoz.
Recording: Bayerische Musikakademie, Marktoberdorf/Germany, 08/2004, 06/2007