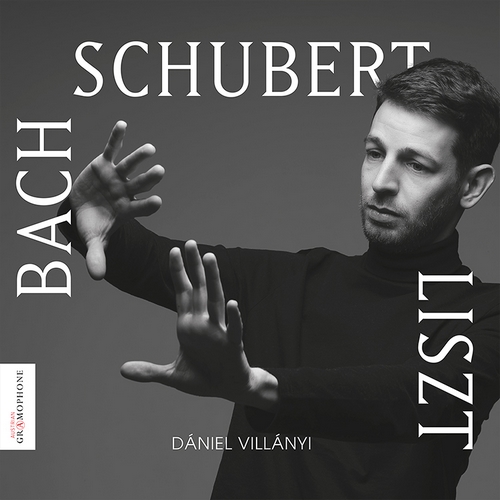 Franz Liszt:
Vallée d’Obermann No. 6, S. 160
St. Francis of Paola Walking on the Waves No. 2, S. 175
“This recording consists of pieces to which experiences of live performances by other artists opened my heart. Although the musical pieces do not change by any particular performance per se, it is the performances that carry them over to where they aim to arrive. In my view, it is the music and the way it is interpreted that either reaches the ears, minds and hearts of any particular listener or not. Crucially, it is the listener who needs to be lucky enough to come across an interpretation that lets the music touch them. I, as a listener, have been fortunate enough to experience this synchronism many times, and three of such occasions led me to learn the pieces presented on this album. My hope for this recording is that – if nothing else – my devotion to this music can shine through, and thus reach some hearts.” (Dániel Villányi)
Recording: Phoenix Studios, Budapest/Hungary, 17–19 November 2018.