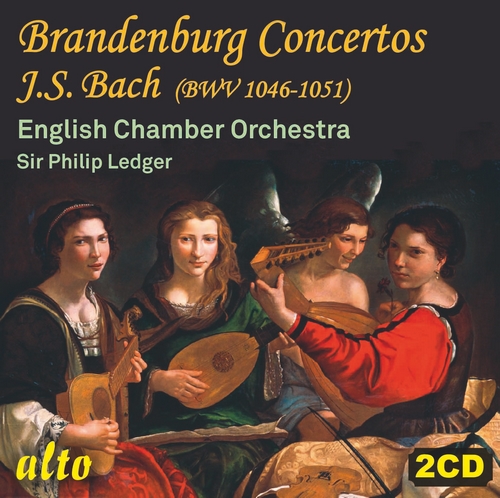 CD 2:
Brandenburg Concerto No. 4 in G major, BWV 1049
Brandenburg Concerto No. 5 in D major, BWV 1050
Brandenburg Concerto No. 6 in B flat major, BWV 1051
“Ledger has the advantage of fresh and detailed digital recording. He directs resilient, well-paced readings of all 6 concertos on modern instruments, lively, yet never over-forced. The slow movements in particular are most beautifully done, persuasively and without mannerism. Flutes rather than recorders are used in No.4.” (Penguin Guide 3 stars) “I suggested this as the best of the budget-price CD versions - a commendation it now retains. All the soloists (listed inside) play with accuracy and sensitivity, Garcia earning an honourable mention for the fleet-fingered dispatch in Concerto No.4. There are many good things in this set, not least the expressively played slow movements” (Gramophone)
Recorded in Henry Wood Hall, London, 1986/7