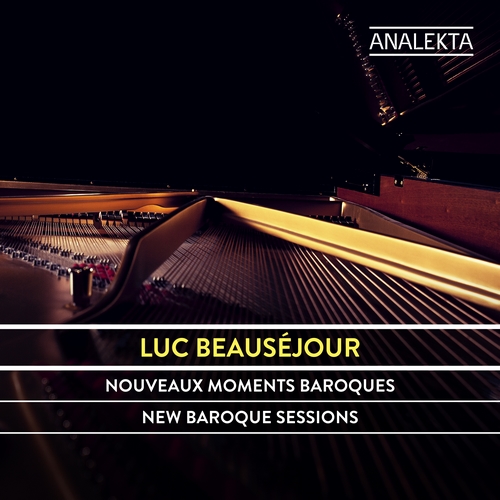 Johann Jakob Froberger:
Suite in D Minor, FbWV 620 - Méditation sur ma mort future
With the success of his first volume of baroque music played on piano from 2016, Luc Beauséjour decided to return to the concept on New Baroque Sessions. He says: "I have chosen a repertoire that I like and which, while being primarily intended for the harpsichord, lends itself well to interpretation on the piano." His playing is most inspired for this program of works by Domenico Scarlatti, François Couperin, Jan Pieterszoon Sweelinck, Johann Caspar Ferdinand Fischer, Claude Balbastre and Johann Sebastian Bach, including his French Suite No. 5 in G Major. “Probably the most frequently performed of the six French Suites, it always inspires joy. The contrasts of the successive dances and the graceful interplay make the work utterly compelling from the first hearing” adds Luc Beauséjour.
Recorded in June 9, 10 and 11, 2020, at St-Augustin-de-Mirabel’s Church, Qué bec, Canada. Piano: Steinway & Sons Modele D (9’)