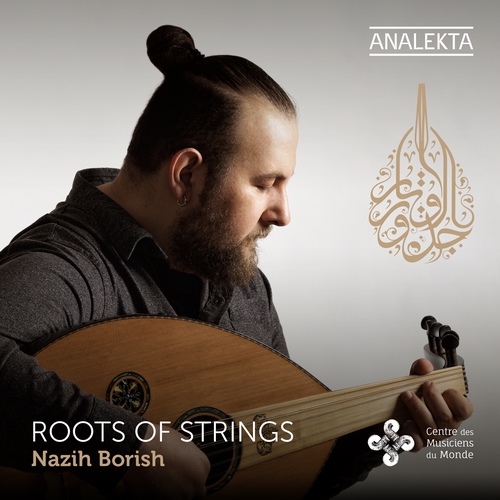 When asked about the musician, Kiya Tabassian, Artistic Director of the Centre des musiciens du monde, went on to say: “Nazih Borish is recognized in the Arab world as one of the greatest oud players of his generation. In Montreal, his new home for the past five years, he recorded an album of his own compositions which projects the oud very far in space and time. Accompanied by Joseph Khoury, a percussionist with a great rhythmic sense, and Roberto Occhipinti, a well-established bassist, Nazih Borish, with his dazzling virtuosity, navigates with fervor and enthusiasm between the worlds of Arab music, flamenco, Indian music and even jazz.”
Recorded on July 11 and 12, 2020, at Studio Piccolo, Montreal