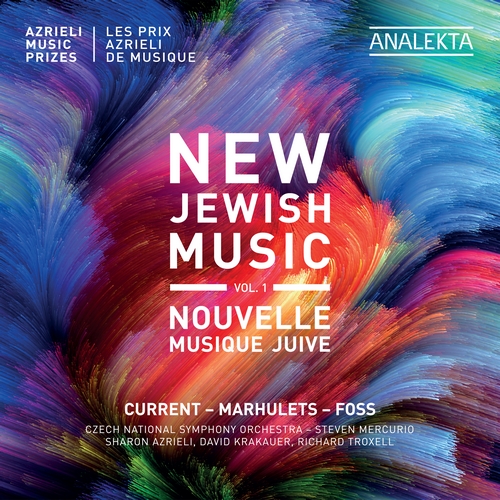 The new album features the world premiere recordings of works by composer Brian Current, winner of the 2016 Azrieli Commission, and composer Wlad Marhulets, winner of the 2016 Azrieli Prize. In addition to those, the album also features Song of Songs, for soprano and orchestra by Lukas Foss, one of his most important works which the Boston Symphony premiered in 1947. These wonderful works are performed by the Czech National Symphony Orchestra under the direction of Steven Mercurio, with soloists Sharon Azrieli (soprano), David Krakauer (clarinet) and Richard Troxell (tenor).
Recorded September 2017.