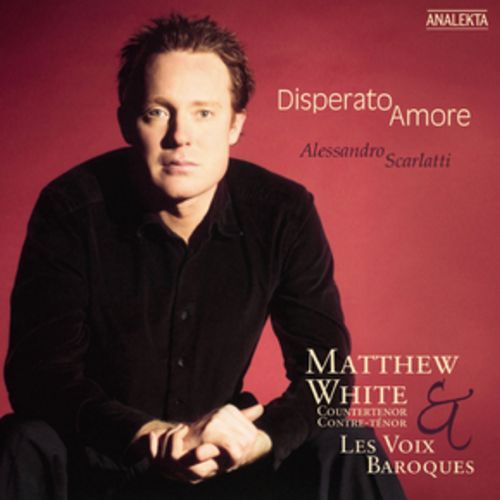 At the beginning of each air, I have noted the tempo at which it should be played and, in the appropriate places, the pianos and fortes of the instruments, which are the chiaroscuro and make all accompanied song a delight.

After the Renaissance madrigal, it was the cantata its introduction prepared by Monteverdi that became the vehicle of choice for setting love poetry to music in Italy up to the middle of the 18th century (the genre was a religious one only in Germany). The cantata's melodic and rhythmic figures, and its successions of harmonic colours, were ideal for evoking the heart's many conditions imitating its various states of passion, from exaltation to anguish, and its progressions of heartbreak, jealousy or happiness. Except for the employment of a narrator, made necessary by the poetry, and the fact that a single voice occasionally sings several roles, the form's alternating recitatives and arias often make it a miniature unstaged opera. Performed in the salons of wealthy aristocrats, cantatas drew upon mythological themes and characters based on an Arcadian ideal, providing a sort of mirror where the noble and educated classes could gaze upon artistic and supremely refined reflections of the relationships into which their own emotional lives were interwoven.

The greatest and probably the most prolific composer of the cantata was Alessandro Scarlatti, who left behind over 600 of them, most written for voice and basso continuo. A relative unknown among today's music lovers, though his importance has long been acknowledged by music historians, Scarlatti was born in Palermo in 1660 into a family of musicians. By the age of 12, he had moved to Rome, where in 1679, he presented his first oratorio and an opera, attracting the attention of Queen Christina of Sweden. His career as a composer and chapel master was almost equally divided between Naples and the Eternal City, under the patronage of Cardinals Pamphili and Ottoboni, and of the marquis Ruspoli and del Campio, the latter of whom was the viceroy of Naples. He also tried, in vain, to obtain a position in Florence through the intervention of Ferdinando de Medici. His prolificacy as a composer of secular vocal music is astonishing, even by the standards of the day; for three decades, dozens of his operas occupied the stages of cities throughout Italy and Germany, and London would develop a taste for opera seria thanks to his Pirro e Demetrio.

The great care he took with both proportion and dramatic expression resulted in a perfect balance between the respective roles of recitative and aria, to which he accorded a great formal freedom. Beyond the extraordinary melodic fluidity that characterizes Scarlatti's music, it was his structural rigor, a melancholic mood, and even a certain severity in the harmonic progressions of his recitatives that gradually distanced him from his contemporaries, whose tendency toward superficial hedonism increasingly sacrificed dramatic honesty in favour of vocal prowess.

These same qualities can be found in his sacred music. In addition to masses and motets in the style of Palestrina for the choirs of the papal chapel, he also left motets for solo voice which show the same commitment to expression that weaves through the texture of his cantatas. In the spirit of the Counter Reformation, this meant tapping into human passions i.e., pleasing the senses to convince the hearts and minds of the flock of the mysteries of faith. This is no antinomy. According to Rémy Stricker, "religious staging and the use of an operatic vocabulary reveals the extent to which Baroque sacred music was concerned with the representation of interior life.”

Toward the end of his life (he died in Naples in 1725), perhaps in response to the declining popularity of his stage works, Scarlatti turned to instrumental music, composing brilliant toccatas and variations for harpsichord, concerti grossi, and sonatas for various combinations of winds and strings. Among these are seven for flute (recorder or transverse) as the main instrument; they appear in a manuscript containing 32 works by various composers, which explains their strange numbering. Within the general context of the sonata da camera, the presence of fugue movements, increasingly rare at the time, demonstrates the erudition of their composer and his taste for formal strictness.

We close with the wonderful comment about Alessandro Scarlatti made 50 years ago by the composer Ennemond Trillat: "His music's eloquence does not implore, it stems from that spiritual intoxication which is the very essence of the Baroque. And this music sings without phraseology. It is free of all extrinsic intent, and its lyricism produces perfect forms. Its fluid grace is essentially melodic but without a trace of exuberance.” And to this very accurate appreciation he adds, "Quite probably, this formal perfection is too pure for our ears…”