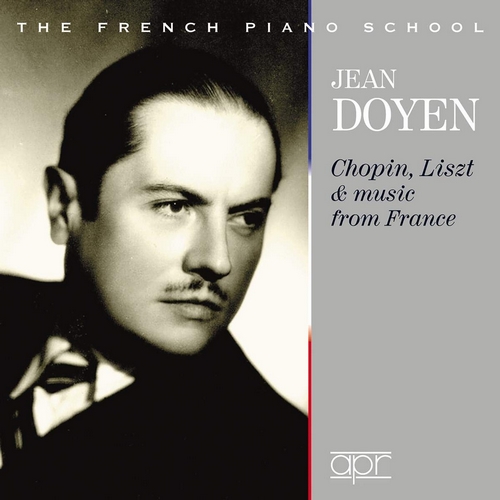 Ravel:
Gaspard de la nuit
Jean Doyen is perhaps the archetypal French pianist. Taught by Louis Diémer and Marguerite Long, he went on to become the second longest serving piano professor in the Paris Conservatoire’s history and largely con?ned his career to his homeland. In addition, his repertoire centred on the French classics, with Chopin also taking pride of place. His early recordings reveal a spectacular technique coupled with a generous poetry – it’s no wonder he was chosen for this premiere recording of Ravel’s ‘Gaspard de la nuit’. His Chopin Op 2 Variations and the complete Book 1 of Debussy’s Images are also recording firsts, but for sheer virtuoso exhilaration, his rare Sonabel disc of Chabrier’s Espana is hard to beat. Surprisingly, none of these marvellous performances have previously been reissued.
Recorded 1930-1945.