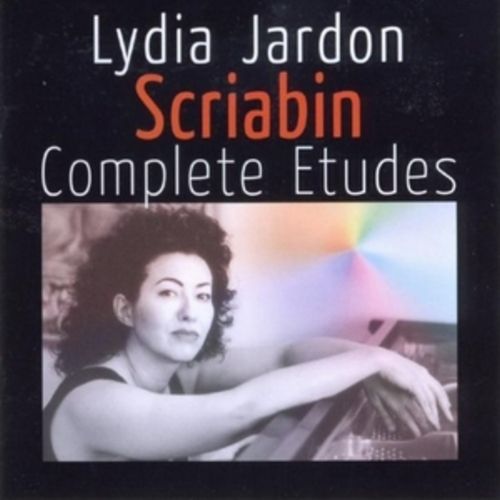 Ar Re Se - AR 20061
Kompozytor
Aleksander Scriabin (1872-1915)
Wykonawcy
Lydia Jardon, piano
Étude Op. 2 No. 1 in C sharp minor
12 Etudes for piano, Op. 8
8 Etudes, Op. 42
Étude Op. 49 No. 1 in E flat major
Étude Op. 56 No. 4
Three Etudes Op. 65 (1911/1912)
Like all artists, Lydia Jardon is an expert of the most difficult superpositions. She is at home with Scriabin, just as she was with Debussy’s “La Mer” (a piano solo version!): a stacking of timbres, colours, rhythms and expressions. Her passion, her suppleness, her enthusiasm and her devilish technique fit well with these pieces that are always a little feverish and ill-sounding. How is it possible to be so volcanic while being in control? And to keep a free wrist in such burning effusions? It’s a mystery...

From the first measure of the Opus 2 No.1, one is convinced by the exceptional commitment of the line. Lydia Jardon has a sound of her own, a quite exceptionally generous and lyrical one. She “electrifies” each note, makes it a strong human voice, to the point that the lyricism is everywhere, except maybe where one would expect it since when such an expressive commitment is vested upon each note, the traditional climax has to seem less “committed”.

Thus in the beginning of the famous Etude op. 42 No.5, which other pianists play in a rather discrete way, there is an underlying “insistent voice”. When the culminating theme finally comes, Lydia Jardon plays it as a sentimental yet sotto voce ritornello, with a contained lyricism, as though reminiscent of a past where it was a poignant but already muffled memory. The detached notes might not always possess maximal clarity, but that is not the point here. When the piece requires a more staccato counterpoint, this staccato turns into a wandering vocal strangeness, as in Opus 42 No.3. It is felicitous that the pianist has been able to keep such a passionate and natural touch, worlds away from the usual domestications.