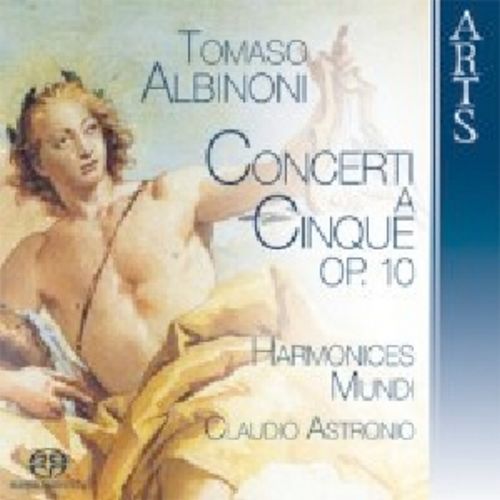 About 1700 the Venetian composer Tomaso Albinoni published in his home town a collection of Sinfonias and Concerti a cinque which were to have great resonance especially north of the Alps. In the following years Albinoni wrote many more compositions of the same type which remained as manuscripts or were incorporated and published in organic collections of instrumental concertos. The series concluded with the Concerti a cinque in opus 10 published by Michel Charles Le Cene in Amsterdam in 1735 or 1736, when the composer’s international fame was already consolidated. Albinoni’s concertos were known and requested all over Europe, feeding a flourishing amateur market. Their success was closely linked to their characteristics: fantasy, felicitous melodic inspiration, demands of technique that were not excessive meant that these works were much sought after, especially by amateurs.

Albinoni is one of the very first composers who regularly used the three-movement form for concertos. This is the form already used by Giuseppe Torelli in the Sinfonias written for the instrumental groups at San Petronio in Bologna; but it is mainly through Albinoni that the model spread rapidly and found general application. The new genre of the Concerto Grosso had enjoyed a certain success at the time; based on dynamic contrasts and on the use of a great orchestral body set against a small group of three instruments, it was much used and appreciated especially in the Rome area.

Don’t miss this wonderful recording with the ensemble Harmonices Mundi under the musical direction of Claudio Astronio presented by ARTS with 24bit/96kHz multichannel sound on a Hybrid SACD.