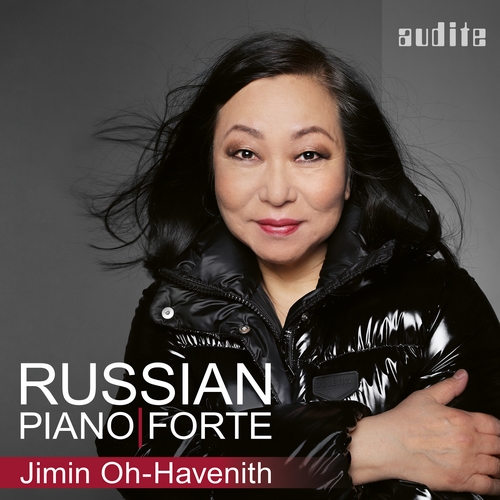 Modest Mussorgsky:
Pictures at an Exhibition

The focus is on Modest Mussorgsky’s Pictures at an Exhibition, composed in 1874, which became world-famous in Maurice Ravel’s orchestral version, but whose treatment of the piano still poses interpretative and technical challenges for performers today. Oh-Havenith’s interpretation demonstrates the tonal and dramatic potential which can be unleashed when virtuosity and programmatic vision are brought together. Alexander Scriabin and Sergei Rachmaninov, who achieved legendary fame as professional composer-pianists, continued along this path in their extensive oeuvres with very individual means.

The selection of etudes and preludes composed between 1889 and 1910 which Oh-Havenith has compiled not only demonstrates a consummate mastery of the piano’s possibilities, but also continues the path to world renown for Russian piano music which Mussorgsky had prepared.
Recording: Schafstall, Marienmünster, September 8 - 10, 2021. Piano: Bösendorfer 280 (Gerd Finkenstein).