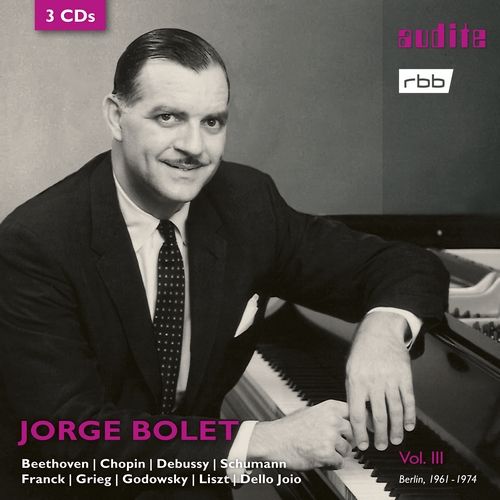 Leopold Godowsky:
Symphonic Metamorphosis of themes by Johann Strauss – No. 2, ‘The Bat’
The third and final volume of the Berlin radio recordings by Cuban-born American pianist Jorge Bolet on audite presents repertoire novelties. With the exception of the Fledermaus paraphrase, all recordings are released for the first time.

Once again, Bolet’s performances document his universality and unceasing inquisitiveness, as well as his phenomenal musicianship and ability to adapt his virtuosity to diverse works. These recordings are therefore invaluable documents of a musician who today is justly considered one of the greatest pianists of the twentieth century.