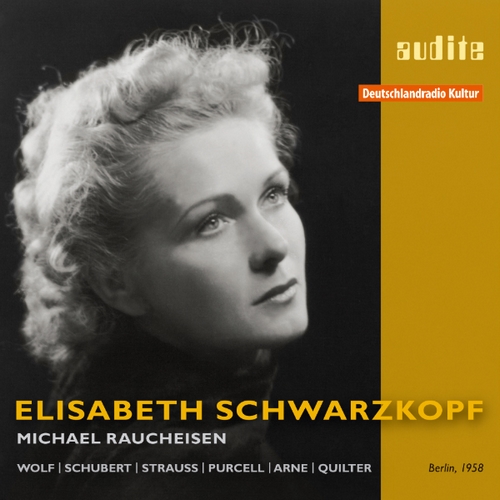 A document out of the ordinary: Elisabeth Schwarzkopf’s Lied recordings with her accompanist Michael Raucheisen, made on 6 January 1958 at the RIAS studios in Berlin, are an impressive example of the fruitful cooperation between these two artists. They performed together as early as 1942, at the beginning of Elisabeth Schwarzkopf’s glittering career, and more than one and a half decades later this artistic partnership drew to a close with these recordings. These interpretations of selected songs by Wolf, Schubert and Strauss, made available for the first time, reveal new facets of her creative art. The CD is completed with music by Purcell, Arne and Quilter – Elisabeth Schwarzkopf and Michael Raucheisen at the height of their abilities.