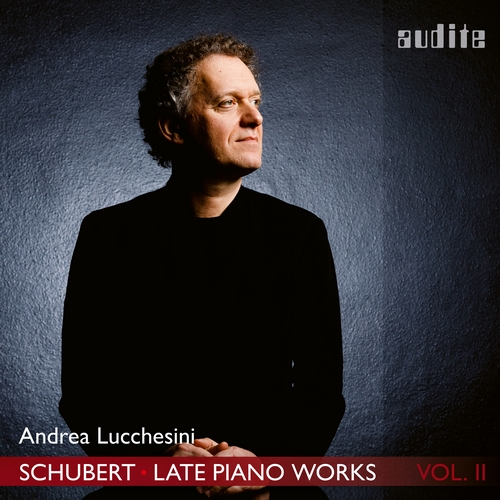 Over the last two decades, the 54-year-old pianist, who studied with Maria Tipo for many years, has increasingly devoted himself to chamber music and has also recorded the complete Beethoven sonatas. Both experiences influence his recording of Schubert’s late work for the piano. Here, too, Lucchesini reveals a cosmos of colours and he revisits the tempi, emphasising contrasts and dramatic curves. Chamber music has inspired him to develop a “conversational” style – often there is a sense of dialogue, announcement or even lively communication.

Amongst the last three piano sonatas, the Sonata in B-flat major adopts a lyrical tone. But above all, Schubert takes time to develop his musical themes – Robert Schumann was astounded by what he called the “heavenly lengths” (and he intended to emphasise the “heavenly” aspect). But there are also abysses that were probably as inexplicable for contemporary listeners as they are for us today: sudden stops, trills in the lowest registers, the funeral music of the second movement – and then again a carefree scherzo and a serene finale.
Recording: Leibniz Saal (Hannover Congress Centrum), November 10 - 13, 2018. Instrument: Steinway D.