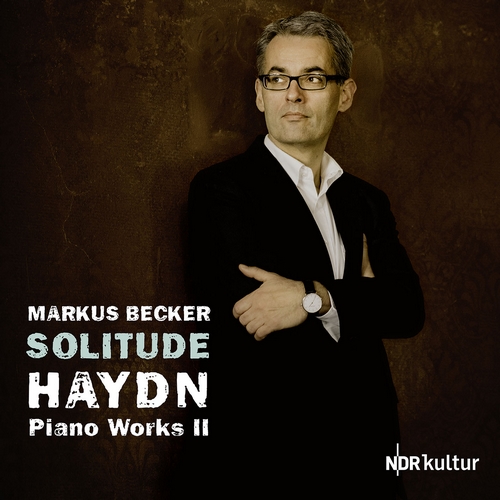 The five sonatas in the first production were chosen to cut a broad swath within Haydn’s variegated, highly inventive keyboard output: the widest possible range of formats, movement types, creative periods, and characters. Conversely, the works on the new recording are much closer to one another in terms of expression. Apart from the E Flat Major Variations, they are in minor keys. The result is a sort of programme album.

That is why you chose the title “Solitude”?

Indeed: solitude, or, more exactly, isolation, is what marked Haydn’s biography the most. Composing at the Esterházy court, he lived far from Vienna, without having to bother with the distractions of socializing among the upper set in the Imperial city. Haydn could remain at one with himself and his music, as he famously stated himself: “No one near could confuse me, so I was forced to become original.”

Perhaps his situation in those surroundings allowed him the inner freedom to write a sort of music that seems to remain at one with itself. Of course this music is also “asking” to be awoken into sound, to be heard by others. Yet in another way, in a spectacularly unspectacular manner, it seems to be thoroughly introspective, listening to itself. (Excerpt from the Interview in the Booklet)
Recording: V 2020, NDR Hannover, Grosser Sendesaal. Piano: Steinway & Sons D.