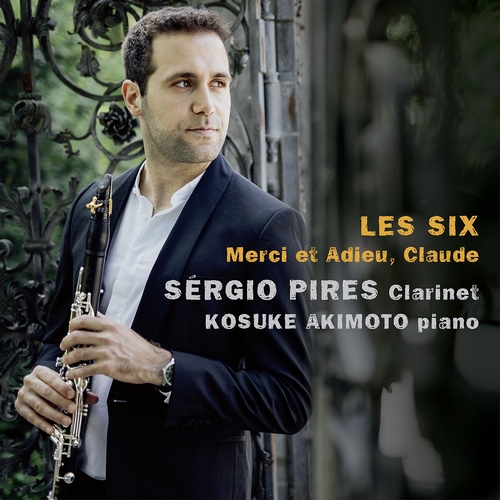 Francis Poulenc:
Sonata for Clarinet and Piano in B flat Major, FP 184

Jean Francaix:
Tema con Variazioni for Clarinet and Piano
„In the 19th and 20th centuries, French music achieved a unique profile and was widely acknowledged on the international scene. This success was due, last not least, to symbolic figures such as Camille Saint-Saëns, Claude Debussy, and the “Groupe des Six,” in spite of their divergent aesthetic tendencies... After the French defeat against Germany in 1871, Saint-Saëns became one of the founders of the “Société Nationale de Musique”, with the goal of promoting the French music of his time. Forty years later, the “Groupe des Six” would pursue similar objectives, but with different aesthetic ideals; Saint-Saëns would vehemently reject them.

The work’s predominantly Romantic style hardly betrays the fact that Claude Debussy had passed away three years earlier, and that the young composers who made up the “Groupe des Six” were already embarking on completely new musical paths.

Still, Saint-Saëns agreed with his younger colleagues about the need of foregoing the monumental bombast and Wagnerian pathos of Late Romantic music. Debussy and the “Groupe des Six” were more decisive and resolute in venturing a step further back in time, past Romanticism, and orienting themselves toward Baroque and Classical models, which led to a flowering of Neo-Classical musical tendencies. With his individual aesthetics, Claude Debussy occupies a special position: he can not be reckoned among any school or group, and he certainly did not like to be called an “Impressionist.” In a certain sense, he is like a monolith…“ (From the booklet notes by Pedro Obiera)
Recording Location: II 2021, Schloss Ettersburg, Weimar.