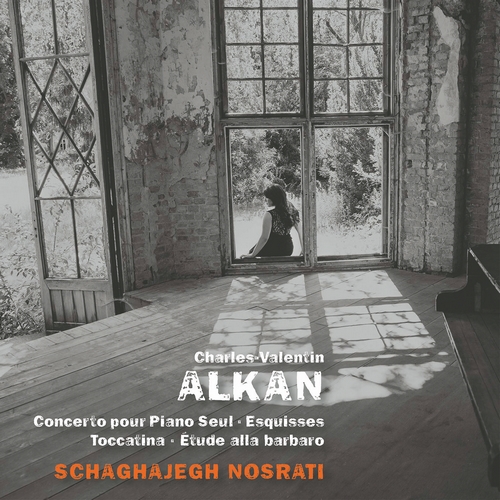 Schaghajegh Nosrati on her encounters with Charles-Valentin Alkan. I started to become fascinated with composer Charles Valentin Alkan when I was very young. The groundwork was laid by my teacher Rainer M. Klaas, whose curiosity and commitment in favor of a seldom-performed and unjustly forgotten repertoire I still regard as an unrivaled source of inspiration. Klaas played a decisive role. At a time when few had ever listened to Alkan’s music or had even heard the composer’s name, I had already assimilated and learned to appreciate many of Alkan’s works thanks to his teaching. My brother Shafagh had also cultivated an interest in Alkan and performed several of his pieces. I found a further source of inspiration in pianist Marc-André Hamelin, who recorded Alkan’s piano music in an unprecedented quality and helped make them known to a much wider audience.

Apart from my intense exploration of the music of J. S. Bach, I also began to learn and perform compositions by Alkan when I was still quite young...

Last not least, Alkan’s music is at times so unconventional and sarcastic that audiences may have experienced more irritation than enthusiasm. His style feeds on abrupt contrast; it features a great deal of counterpoint and is thus more akin to the so-called “German School” than to French salon music. Even today, Alkan’s music poses great challenges to listeners and performers, but I find those barriers by no means impossible to overcome. Anyone who dares to explore Alkan’s music more closely will be richly rewarded: these are works capable of displaying the utter extremes of the human condition alongside one another: seriousness and humor, intellect and emotion, tradition and modernity. “