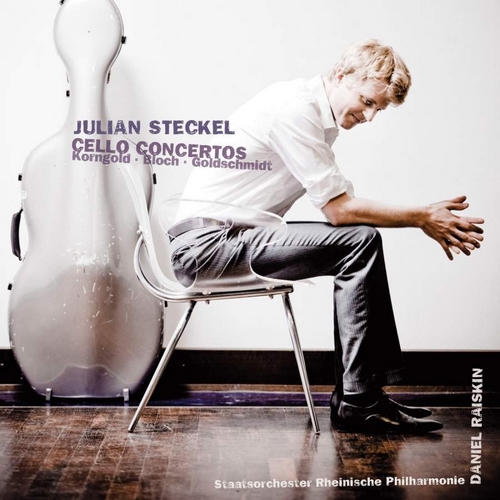 Korngold:
Cello concerto in one movement in C op. 37
Bloch, Schelomo for Cello and Orchestra
Berthold Goldschmidt, Cello Concerto (1953)
These three cello concertos reflect the different destinies of three Jewish composers. Born in Brno, Erich Wolfgang Korngold achieved great success in Vienna, moved to Los Angeles in 1934 and had to remain in the U.S. when the Nazis invaded Austria in 1938. Geneva-born composer Ernest Bloch worked for several years in the U.S. starting in 1916, and in 1938 he made the State of Oregon his new home. Originally from Hamburg, Berthold Goldschmidt worked as composer and as conductor in Berlin: in 1935 he was obliged to pack his few meagre belongings in order to emigrate to London. Each of these concertos clearly reflects the upheavals of the fractured 20th century. What they all have in common is the use of the modern, ‘emancipated’ cello’s full range of instrumental possibilities, requiring the radically enlarged range of playing techniques introduced by Julius Klengel and David Popper (truly ‘revolutionary’ virtuosos of their time).

Julian Steckel, born 1982, a pupil of Ulrich Voss, Gustav Rivinius, Boris Pergamenschikow and Antje Weithaas, has had an early career already, before he won after various other competitions the ARD competition in Munich in September 2010. As of April 2011 he is appointed for a professorship for cello at the University of music in Rostock/Germany