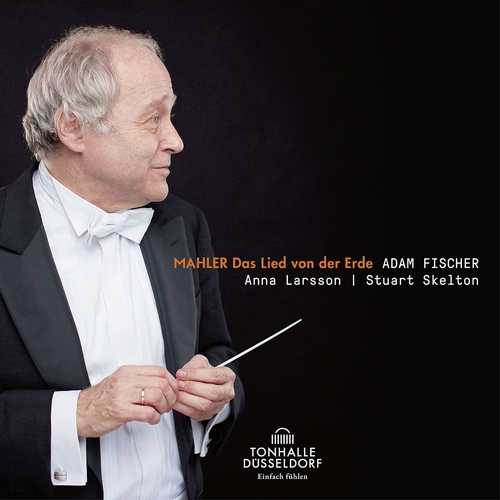 Das Lied von der Erde
The Song of the Earth
Das Lied von der Erde is shot through with a special atmosphere: a mood of farewell – mostly, of course, in the last movement, Der Abschied. When attempting to construct that last movement, every conductor and every orchestra are faced with a challenge that is as complicated as it is thrilling. In my view, the last movement of Das Lied von der Erde is the most difficult one to conduct in the entire repertoire. Mahler even abandoned the sensation of regular metre. He had stated elsewhere that one should not conduct the metre but the rhythm, but here things are different. Toward the end of the last movement, the 3/4 bars seem to lose contact with the ground and start to float in midair; hardly any points of reference are left for the musicians to remain together. This truly is life in the process of dissolving. When we grow old and sick, we are alone, and things start slowly grinding to a halt. I cannot disassociate this farewell from the last movement of Mahler’s Ninth Symphony. Although the slow dissolving of life is even more apparent there, the tendency is already clear in Das Lied von der Erde – a continuous line can be drawn from here to the last page of the Ninth.

From the onset, the music in Das Lied von der Erde is permeated by a special mood. Even the texts, based on Far Eastern poetry, are more mood than content. Mahler repeatedly abandons the words’ meaning, but the mood remains. The music implies so much more than the words! For instance, the third poem evokes the reflection of a mirror image in water, but I don’t see those images anywhere in the music. Mahler is not concerned with helping us understand every syllable. If the voice, in its anguish, is drowned out by the orchestra, that is what the music is trying to achieve. Throughout a great number of passages, “beautiful tone” is not what is important. To the contrary. In Das Lied von der Erde, the singers are likewise required to declaim, cry, and shriek. I think that even those concertgoers who have no command of the German language have no problem in gaining a quite precise grasp of what is going on…