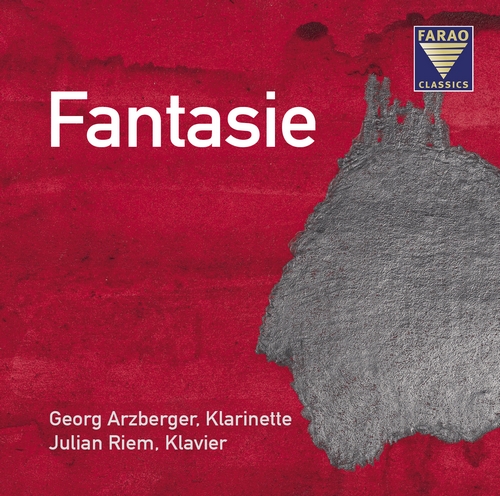 Carl Reinecke:
Fantasiestücke, Op. 22
Fantasy inspires, fantasy opens doors, fantasy allows changes of perspective: "With fantasy, you can shape a completely new world language-wise, intelletually and musically. The composer creates the basic framework; we musicians fill this with our interpretation and aspire to take the listeners with us into this wonderful and fantastic world of music“, says Georg Arzberger. "All the works on this CD are so-called 'Romantic character pieces'; they were inspired by poetry, experiences in nature or simply the current emotional state of the composer. So for me, finding each individual 'language' and the corresponding musical message of the pieces is the main goal of our album“, says Julian Riem.

The Fantasiestücke (Eng.: fantasy pieces) on this CD take listeners along on a journey into very different and individual musical worlds. All the works reflect the Romantic desire to overcome the limits of this world and plunge into unique microcosms. Schumann's Fantasiestücke, a standard work of the clarinet literature that at the time it was written was already a source of inspiration for some of the other pieces on this CD, takes centre stage on the recording. Gade is known to have greatly respected Schumann; in a letter written during a stay in Copenhagen, for example, Clara Schumann told Robert: "Gade visited me today and went into raptures over you. He knows everything you have written and plays it all (as far as he can) himself." So it is not at all far- fetched to see a direct connection to Schumann in Gade's Fantasiestücke. Reinecke, too, had a friendly relationship with Schumann and was a great champion of his works. Winding, who in his turn was a pupil of Reinecke and Gade, also contributed a work to this genre that has almost fallen into oblivion today although it was praised by his contemporaries. The charming Fantasiestücke by Eschmann, who can also be seen as belonging to Schumann's sphere, are heard even more rarely.
Recording: Ludwig-Thoma-Haus Dachau, February 2022.