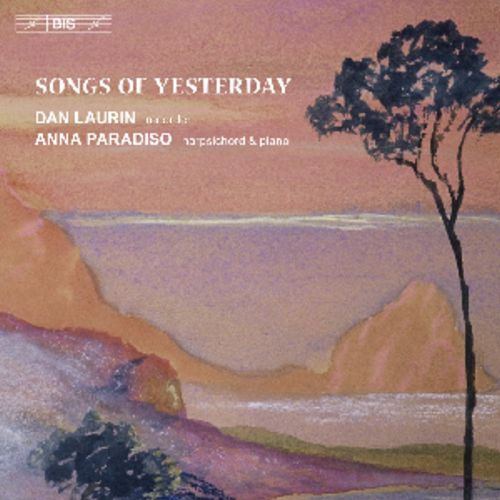 Lennox Berkeley:
Sonatina for Recorder and Piano, Op.13
Dan Laurin has a reputation not just as a recorder virtuoso, but also for his great interest in and curiosity about the less well-known repertoire for the instrument. On disc he has performed not only staples such as concertos by Vivaldi and sonatas by Handel, but also earlier music – his recording of Jacob van Eyck’s monumental Der Fluyten Lust-hof on nine discs has been called ‘a standard to compare all others to’ (American Record Guide) – as well as contemporary works, many of which have been composed especially for him. With Songs of Yesterday he opens up yet another, less familiar chapter in the history of recorder music: between 1939 and 1989 Carl Dolmetsch, the great pioneer in modern recorder playing, gave almost annual recitals at Wigmore Hall in London, for which he often commissioned works with piano or harpsichord accompaniment. This is described in the informative liner notes by Andrew Mayes, who has also published a book on the subject. In his own introduction to the disc, Laurin remarks upon ‘Dolmetsch’s ability to inspire composers to search for a contemporary idiom adequate for the instrument, resulting in an unparalleled number of top-quality works which unfortunately have been largely forgotten.’ Among these, written by composers such as Edmund Rubbra and Lennox Berkeley, Laurin and his partner Anna Paradiso have selected seven pieces which, to quote Laurin once more, give his instrument a rare opportunity to ‘sing like a French impressionist (Ravel, Debussy!) or a Russian modernist (Prokofiev!) – all of whom can be heard through the filter of this English, post-First World War melancholy longing.’