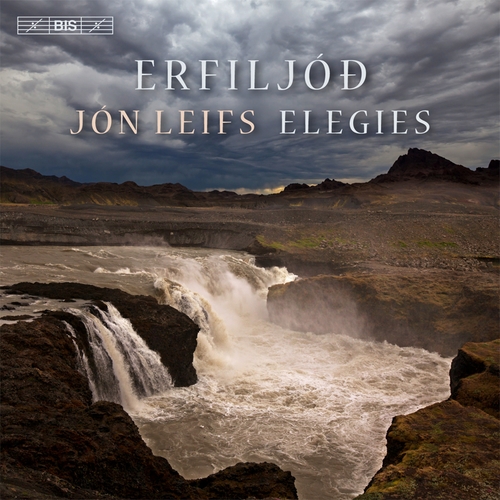 Scherzo concreto, Op.58, for chamber ensemble
Quintet, Op.50, for flute, clarinet, bassoon, viola & cello
Variazioni pastorale, Op.8 (Variations on a Theme by Ludwig van Beethoven), for string quartet
Erfiljó? (Elegies), Op.35, for male choir, mezzo-soprano and violin
As followers of BIS’s series of the music by Jón Leifs (1899–1968) will know, chamber music was never the main focus of the Icelandic composer’s activity. His ‘instrument of choice’ was rather the large symphony orchestra, made even larger by a unique conglomeration of percussion instruments. Aside from three impressive string quartets (available on BIS-691), Leifs’ chamber music consists of only two original works (the Quintet, Op.50, and Scherzo concreto, Op.58), and his own arrangement for string quartet of his Variazioni pastorale, Op.8, originally written for orchestra. All of these works are included on this disc, which offer a fascinating perspective on this composer known primarily for ‘sonic spectaculars’ inspired by natural phenomena of his native Iceland (such as Hafís (Drift Ice) or Hekla), and for the huge three-part oratorio on texts from the Edda, left incomplete at his death. Composed for ‘10 instruments and seven persons’, the brief Scherzo concreto from 1964 is remarkable in that it represents the first and only time that Leifs – in his mid-60s! – experimented with serialism. From the other end of the composer’s career comes his Op.8, a set of variations on a theme from Beethoven’s String Trio, Op.8, composed in Leipzig during the 1920s. The disc closes with one of the most personal works in Leifs’ entire production: Erfiljó? (Elegies). Composed in 1947, shortly after the death by drowning of his young daughter Líf, its three movements – Grief, Dance of Sorrow and Sea Poem – form an attempt to re-enact the scenario of the tragic event, with a mezzo-soprano and a solo violin joining the a capella male choir in the final movement. Recorded between 2002 and 2005 by Icelandic performers familiar with Jón Leifs’ characteristic idiom, these performances were originally released on the Smekkleysa label, and have been remastered by BIS Records for the present release