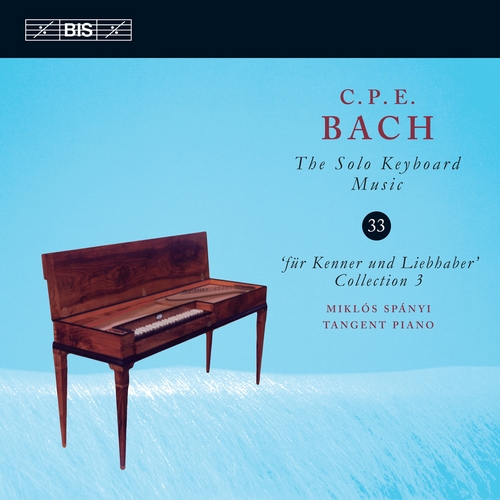 On the previous two discs in his acclaimed series, MiklósSpányicombined pieces from Collection 1 and 2, performing them on the clavichord (Volume 31) and the tangent piano (Volume 32). For the present disc, Spányihas chosen to remain with the tangent piano, an early form of the piano with strings that are struck by small wooden slips (‘tangents’). The basic sound of the instrument is reminiscent of the harpsichord, but this can be modified in a number of ways through the use of various devices.