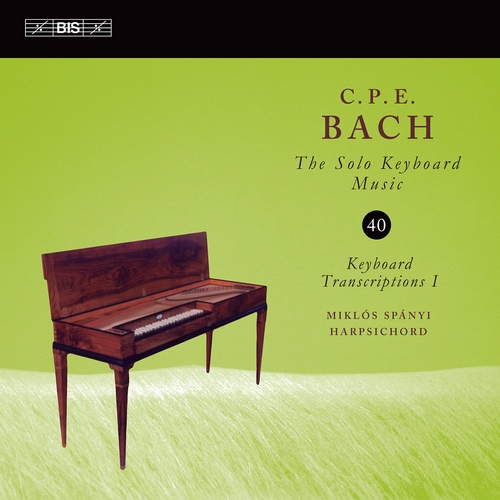 The eighteen short pieces on this well-filled disc all exist in versions for various small groups of instruments or, in some cases, for mechanical instruments such as the barrel organ. Miklos Spanyi has grouped them around three in versions works, of which two are arrangements of symphonies while the Concerto in F major for solo keyboard may in fact be an original cornposition: a version for keyboard and orchestra exists, but is possibly a later development. In the case of several of the arrangements it is uncertain who made them - some of them only survive in the hand of one of Bach's admirers. In his liner notes to the disc, Spanyi proposes that they could in fact be the original versions, however, as he sees a striking similarity to Bach's other, indisputably genuine small keyboard pieces.
Recording: 28th July 1st August 2019 at the Evangelische Kirche an der Haardt. Instrument: Double manual harpsichord built around 1965 by the workshop Ammer, Eisenberg, Germany, inspired by 18th century harpsichords from the Thuringian and Saxon tradition