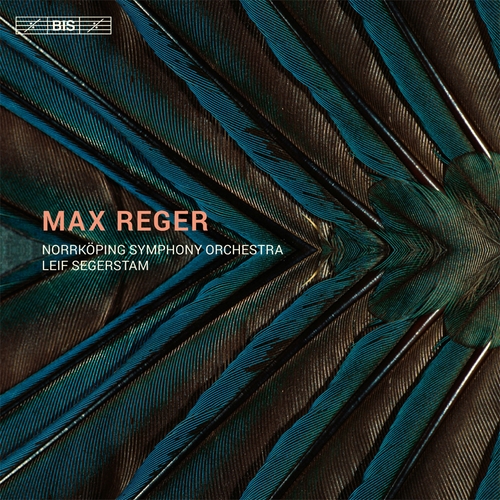 Variations and Fugue on a Theme of Mozart, Op.132
Symphonischer Prolog zu einer Tragödie, Op.108
*Piano Concerto in F minor, Op.114
Suite im alten Stil, Op.93
Variations and Fugue on a Theme of Beethoven, Op.86
Eine Ballettsuite, Op.130
Vier Tondichtungen nach Arnold Böcklin, Op.128
Today, almost a century after the untimely death of Max Reger (in 1916, aged 43), it is hard to imagine the position he once occupied on the musical scene. Paul Hindemith called him ‘the last great musical giant’, and Schoenberg described his music as ‘rich and new’ and counted him as one of the modern composers from whom he had learned the most. In Russia Reger was valued so highly that a memorial concert was held in St Petersburg a week after he died – even though Russia and Germany were then at war. Extremely productive, he wrote a large number of works in most musical genres, but today he is mainly remembered for his organ music and certain chamber works. Reger’s output for orchestra includes some twenty compositions, but very few of these appear with any regularity in the concert programmes of orchestras around the world. The exception is the Mozart Variations, Op.132, partly due to the perennial popularity of Mozart’s theme itself, from the Piano Sonata in A major, K 331. This box set, with three discs originally released separately to critical acclaim, includes the Op.132 variations, but also the less well-known Beethoven Variations, on a theme from the last of the Op.119 Bagatelles. All of the works in the set demonstrate in various ways Reger's great skills as an orchestrator, from the light and affectionate Suite im alten Stil to the grandiose sonorities of the half-hour long Symphonic Prologue to a Tragedy. Conducting the Norrköping Symphony Orchestra in these taxing scores, Leif Segerstam impressed reviewers with his ‘visionary advocacy’ of the Four Böcklin Tone Poems and the ‘alluring transparency’ of his Mozart Variations (BBC Music Magazine), while the orchestra was commended for its ‘fullblooded playing' (Classic CD).