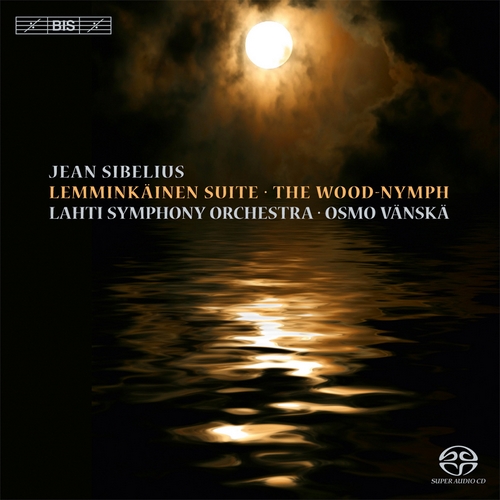 Jean Sibelius:
Lemminkäinen Suite, Op.22 (Four Legends from the Kalevala
The Wood-Nymph, Op.15
Jean Sibelius is best known for his seven symphonies and violin concerto – two genres usually thought of as ‘absolute music’. But in 1894, well before he composed his first symphony, Sibelius described himself in quite different terms: ‘really I am a tone painter and poet’. It was around this time that he was working on the two works presented here, both tone poems which spring from an extra-musical inspiration. The source of the Lemminkäinen Suite is the Finnish national epic Kalevala, and its four movements – of which especially The Swan of Tuonela is often performed separately – tell of the adventures of the young hero Lemminkäinen: his amorous escapades on a paradisiacal island peopled only by women, his journey to the land of the dead (Tuonela) and how he himself dies there only to be brought back to life by his mother’s magic spells; and finally his return home after a long series of wars and battles. The Kalevala furnished Sibelius with the subjects of many other compositions, but for The Wood-Nymph, it was a poem by the Swedish poet Viktor Rydberg that provided the inspiration – the story of a carefree young man who, lost in a forest, encounters a nymph and is seduced by her, only to realize that the incident has cost him any chance of worldly happiness. Although Sibelius’ tone poem was warmly received at its premiere in 1895, it was not published in the composer’s lifetime, and soon disappeared from the concert repertoire. The first complete performance of the work in almost 100 years took place only in 1996, with the performers on this disc, a team which has become almost synonymous with top-flight idiomatic Sibelius performances.