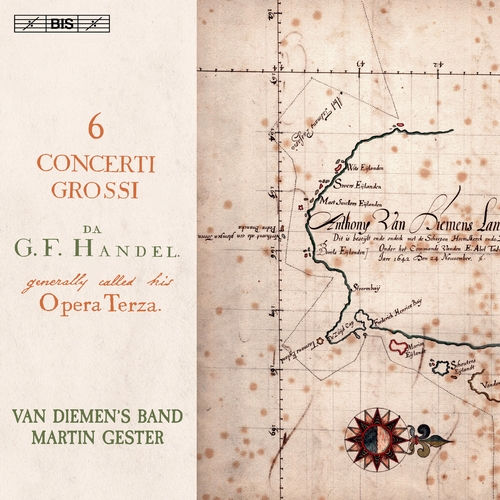 It is likely that Handel never took part in the selection and organisation of the individual movements, although he may have been involved in the revisions made when a reprint was necessary a few years later. Selected from various sources, the six concertos certainly don't form an organic cycle - in complete contrast to the future Op. 6 concerti grossi, which Handel carefully conceived as a set. The fact remains that Opus 3 contains some of Handel's best-loved music, in instrumental combinations that are colourful and often unexpected - aspects that Martin Gester and his musicians in the Tasmanian period band Van Diemen's Band make the most of.
Recording: 29th October 2nd November 2019 at the Church of St Canice, Sandy Bay, Tasmania, Australia