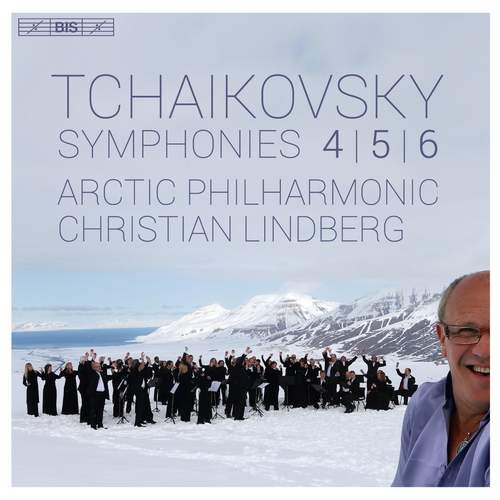 Symphony No.4 in F minor, Op.36
Symphony No.6 in B minor, ‘Pathétique’, Op. 74
Symphony No.5 in E minor, Op.64
Tchaikovsky’s final three symphonies form an emotional roller-coaster ride with the most desperate lows (the first movement of the Fourth) and hectic highs (the Finale of the Fifth) before arriving at the resigned lament that is the closing Adagio of the Sixth. As the composer himself readily admitted, he had little interest in writing ‘abstract’ music – to his colleague and friend Taneyev he wrote: ‘I should not wish symphonic works to flow from my pen that express nothing, and which consist of empty playing with chords, rhythms and modulations.’ This has given rise to numerous speculations and attempts to interpret Tchaikovsky’s works, and especially these symphonies, in terms of events in his personal life. While the fruitfulness of such an approach is debatable, it is certain that the immediate appeal of the music itself has caused these symphonies to become favourites with musicians and listeners alike. On the present two-disc set, it is Christian Lindberg and his Arctic Philharmonic, based in the far north of Norway, that perform the symphonies. While the recordings of the Fourth and Sixth appear for the first time on disc, that of Symphony No. 5 has been previously released (on BIS-2018) on a disc that earned international praise: ‘a superb performance’ was the verdict of the critic in International Record Review, while the French magazine Diapason accorded it top marks.