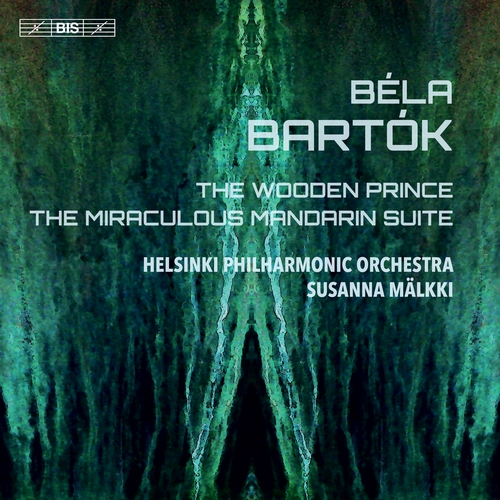 The Wooden Prince, Op. 13 - Dance-pantomime in one act
Concert Suite from ‘The Miraculous Mandarin’, Op. 19
The Wooden Prince and The Miraculous Mandarin are –together with the earlier opera Bluebeard’s Castle–the only stage works by Béla Bartók. They stand apart from the more abstract and often more explicitly folk-related character of the music that we primarily associate with the composer. They are nevertheless major achievements that in different ways highlight Bartók’s imaginative use of the modern orchestra.

Set in an enchanted forest, The Wooden Princeis based on a fairytale-like libretto featuring a prince and princess. The two are subjected to various trials, but at the end of the ballet they are allowed to come together and live – we assume – happily ever after. In stark contrast, The Miraculous Mandarin takes place in an urban brothel where three robbers force a girl to seduce men so that they can overpower and kill them. The subject-matter and the erotic qualities of much of the music caused a scandal at the premiere in 1926, and for a long time the score was primarily performed in the shorter concert version heard on the present disc, the first from the team of the Helsinki Philharmonic Orchestra and Susanna Mälkki, the orchestra’s chief conductor since 2016.
Recording: May 2017 (The Wooden Prince) and February 2018 (The Miraculous Mandarin).