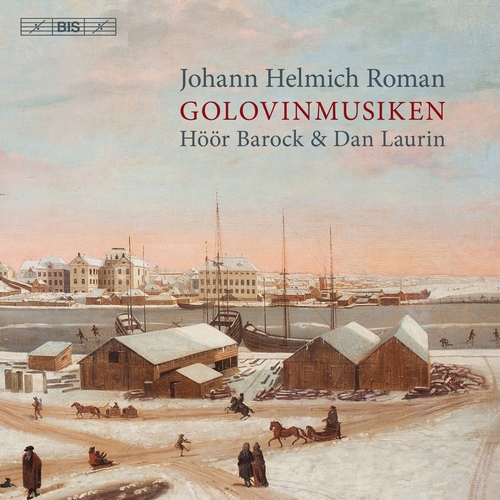 Golovinmusiken – The Golovin Music
45 movements composed for a banquet held by the Russian envoy Count Golovin in Stockholm 1728
In 1728, the recently appointed court Kapellmeister Johan Helmich Roman was approached by Count Golovin, the Russian ambassador in Stockholm. Golovin was organizing a celebration of the recent coronation in Moscow of Tsar Peter II, and naturally wanted music to add to the festivities. His six years in London – where he made the acquaintance of Handel among others – and subsequent experience as assistant court Kapellmeister, made Roman the obvious choice for the count. The result was Golovinmusiken (The Golovin Music), an autograph score consisting of 45 movements of varying lengths. These are the facts as we know them, and everything else is conjecture: Roman’s manuscript lacks vital instructions regarding instrumentation, dynamics or tempi, and although the first three movements are in four parts, the rest are in three parts or (in a few cases) two. When a performing edition was being prepared in the 1980s, the editors came to the conclusion that the material was in fact incomplete, and a second violin part was added. It was also deemed that the order of the movements was probably not the one in which they would have been performed. The edition in question formed the basis for a partial recording of the work, comprising 22 movements.

290 years after Count Golovin’sfeast, as Dan Laurin and his colleagues in HöörBarockrecorded the complete work, their approach was a different one. Making use of a total of 18 different instruments – from sopranino recorder and oboe da cacciato bassoon, strings and baroque guitar – and featuring highly imaginative continuo playing from Anna Paradiso at the harpsichord, their performance sounds as full and varied as one might wish for, without any added parts. Laurin’s performing version also follows the order of Roman’s score, creating a number of smaller suites out of this greater whole that a wider audience now can enjoy for the very first time.
Recording: November 2017 at Tjörnarps kyrka, Höör, Sweden. First complete recording! Performing version by Dan Laurin, based on the composer’s autograph and the score by Ingmar Bengtsson and Lars Frydén published by Edition Reimers.