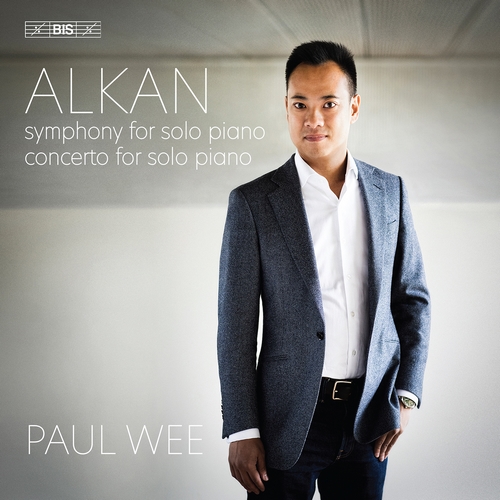 Combined here on one disc – possibly for the first time – are the Symphony and the Concerto for Solo Piano, two pinnacles of Alkan’s legacy. Unusually, the four movements of the Symphony and the three movements of the Concerto are included as seven études within Alkan’s Douze Études dans tous les tons mineurs (Twelve studies in all the minor keys), in 1857 as his Op. 39. As to why Alkan composed these epic works and then hid them away in a set of études, Wee suggests that they are to be seen as ‘a celebration of the piano and its capabilities.’

Paul Wee is a barrister specialising in commercial law and appears regularly before courts and tribunals on behalf of clients including governments, corporations, financial institutions and individuals. Born in Australia, he began his piano studies at the age of four, continuing them in New York City at the Manhattan School of Music. Going on to study law at the University of Oxford, he attempts to balance his love for the piano alongside the demands of a busy international career in law.
Recording: August 2017 and May 2018 at Hall One, Kings Place, London, England. Instrumentarium: Grand piano: Steinway D No. 582243. Płyta wydana w opkaowaniu BIS ekopak.