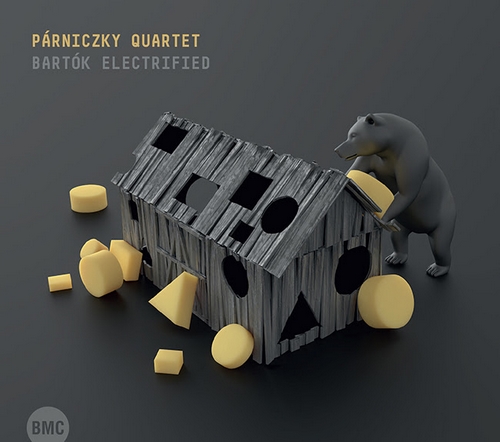 Bulgarian Rhythm
Frustration
Major Seconds
Village Joke
Boating
Fast Dance
The Wheat has to Ripening
Syncopation
Thumbs Under
Bear Dance
The Bartók project launched by jazz guitarist András Párniczky (1972) two years ago (though it only took shape in the last year) is thus not without precedent. Yet in many respects it takes a different tack on the composer’s oeuvre, which transcends eras and musical cultures. Not only in the sense that in this combination the guitar is the only harmonic instrument, and the parts are to be played by various other instruments, but also because since the copyright restrictions on Bartók’s works expired in 2015 (...), he has ‘interfered’ in the compositions far more courageously and creatively than his predecessors. He has loosened the shackles of unswerving respect for Bartók in a way that has enabled him to realize his own visions.
Recorded at BMC Concert Hall on 19-21 June and 10 December, 2017