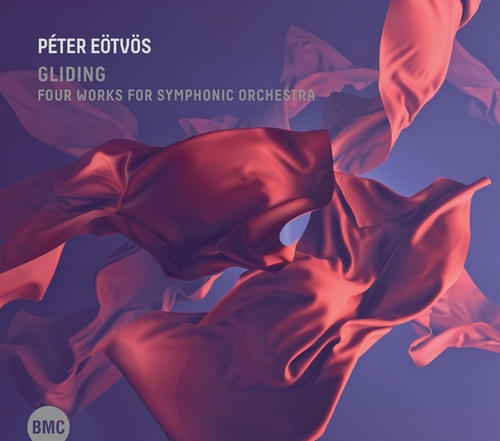 The Gliding of the Eagle in the Skies
Jet Stream
Alle vittime senza nome
Dialog mit Mozart
Celebrating the 75-year-old composer, this CD is a marvellous collection of some of Eötvös’ recent pieces written for symphonic orchestra. Conducting the Frankfurt Radio Symphony himself, Eötvös offers us the most authentic rendition of his works, including the new, revised version of Jet Stream, originally written in 2002, now featuring the outstanding Swedish trumpeter, Hakan Hardenberger.

“Eötvös and Mozart are also linked by compositional virtuosity: they have no need of diving suits or oxygen tanks to bring genuine pearls to the surface. If Jet Stream is pervaded by the atmosphere of jazz, and Dialog by that of Mozart, then Gliding is suffused with freedom. By contrast, the longest piece on this disc, Alle vittime senza nome speaks of the lack of freedom. And yet, as the expressive instrumental solos representing the drowning refugees in Eötvös’s piece speak of individual destinies, while the enormous tuttis sound the suffering community, one has the feeling that though the illusion of ‘All people become brothers’ has been destroyed, the world has not lost all its humanity. It is there in the volunteers helping the refugees, in those who donate in self-sacrificing ways to help those in need, and humanity is there in music too. In the music of Péter Eötvös.”
Recorded live at the Alte Oper Frankfurt on 18-19 May, 2017 (2); 7-8 December, 2017 (4); 17-18 January, 2019 (1, 3).