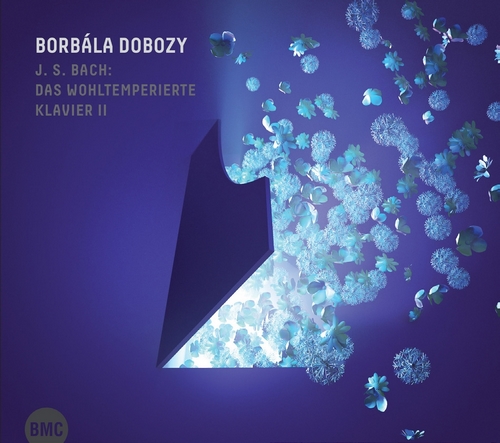 CD 2:
Praeludien und Fugen XIII-XXIV, BWV 882-893
“The work of works” (Robert Schumann): “An everlasting treasure of the piano repertoire and piano pedagogy, almost without rival” (Dénes Bartha). Such is the high praise that has been lauded by musicians and music historians on Johann Sebastian Bach’s two-volume work in the nigh 300 years since it was written. Each volume of the cycle contains 24 preludes and fugues, in all of the major and minor keys, each pair progressing upwards by one semitone – a unique undertaking for its time.

Although the Wohltemperiertes Klavier is still today the daily bread of student pianists of the highest calibre, alongside its pedagogical role, its greatest importance lies in the encyclopaedic richness of its musical contents, the variety of types of movement, textures and characters, the formal rigour and freedom, and the juxtaposition of archaic and the most modern of styles from Bach’s time. The generations of composers after Bach have held the Wohltemperiertes Klavier in great esteem: it lay on the pianos of Beethoven and Schumann; it inspired many composers to write similarly structured series, and in the first years of the 20th century, Béla Bartók, as a teacher at the Budapest Academy of Music, made his own instructive edition of it for pedagogical purposes. Bach’s monumental work is even today an unavoidable, inexhaustible source, not only for students of the keyboard and composition, and professional musicians, but for every music lover.
Recorded at Phoenix Studio, Diósd in September, 2018.