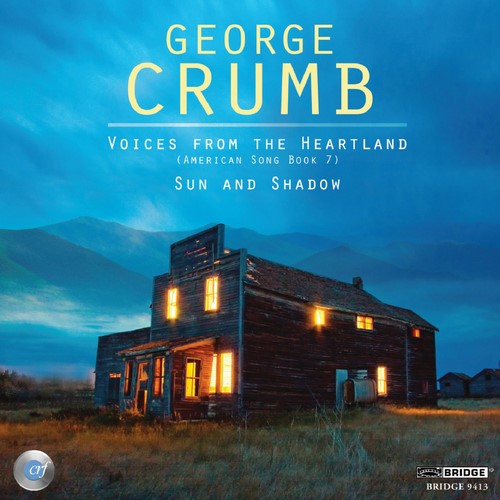 Spanish Songbook II:
Sun and Shadow (2010)
This important recording features the premiere recording of the final installment of George Crumb's monumental American Songbook series. Songbook VII, titled Voices from the Heartland, includes songs both humorous and tragic, and concludes with the largest song setting of the seven-part cycle, the native American Song of the Earth. As in previous works in this cycle, Crumb employs a percussion “orchestra” of more than 100 instruments, creating a rich tapestry of beguiling sounds. Also included is the premiere recording of Sun and Shadow, Crumb's new cycle on poems of Lorca. The featured artists, Ann Crumb, Patrick Mason and Orchestra 2001, are the dedicatees of these compositions, with both recordings made under the composer's supervision.
2015 Grammy Nominee: Best Contemporary Classical Composition American Songbook VII - Voices from the Heartland