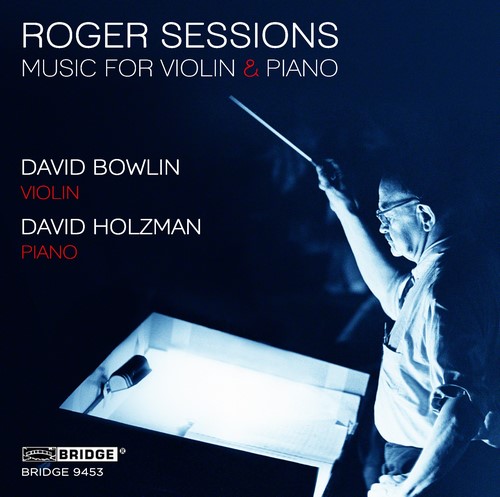 Sessions: Music for Violin and Piano

Duo (1942) (14:00) (violin, piano)
Adagio (1947) (3:23) (piano)
Waltz for Brenda (1936) (1:26) (piano)
Sonata for Violin (1953) (29:13)
Second Sonata (1946) (13:28) (piano)
This new recording presents three major Sessions scores in stunningly virtuosic performances. A sonata in all but name, the Duo sees Sessions casting off the Stravinskian residue that had typified his earliest efforts. Rhythmically sturdy, the music provides something of a justification for the “American Brahms” moniker critics routinely applied to Sessions. The fiendishly difficult solo Sonata for Violin is in four interlinked movements. It is a “rhapsodic” (Sessions’ word) score, that is among the finest works in the solo violin literature. Sessions’s masterful Second Sonata was completed in the days following World War 2. Andor Foldes, the commissioning pianist, reckoned the 2nd movement “almost Chopinesque,” while the finale, a sardonic toccata, (Sessions called it “a goose step”) is a caricature of the Nazi Stormtroopers he had seen firsthand in Berlin. Though some of the contrasting music put Sessions in mind of the doleful-sounding foghorns in San Francisco Bay, the vehemence unleashed ultimately sweeps all else before it, topping off one of the most trenchant, dynamic piano works in the American literature.