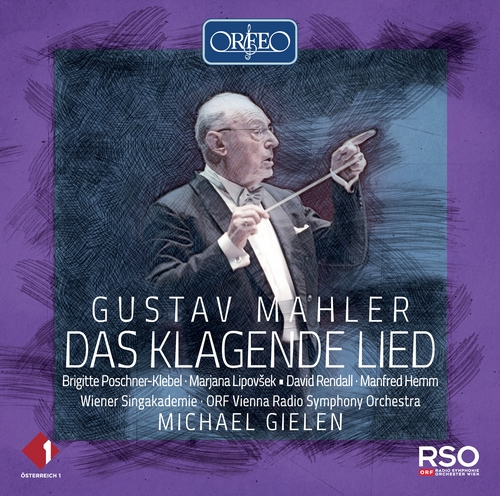 Forest Legend
The Minstrel
Wedding Piece
Mahler’s cantata 'Das klagende Lied' is a true rarity in the concert hall, even though Mahler is recognised as one of the most significant composers of the late 19th and early 20th centuries.

Based on a horror tale written by Mahler himself, this large-scale, vocal symphonic work sets the scene for Mahler’s later and more familiar output. Aged only 20, Mahler submitted the score for the Beethoven Prize at the Society of the Friends of Music in Vienna. Failing to win the prize, he subsequently made several revisions. Some twenty years later, it was finally premiered by the composer in Vienna on 17 February 1901. The ‘mixed version’ heard on this recording consists of the original first movement and the revised versions of the other two parts. It became customary to perform this version during the great Mahler Renaissance in the 1960s.

This live performance featuring the ORF Vienna Radio Symphony Orchestra was conducted by Michael Gielen, who died in 2019. Like Mahler, he was both a conductor and a composer. The recording was made in June 1990 at the Konzerthaus Vienna.
Recording: Vienna, Konzerthaus, 08.06.1990 (Live Recording)