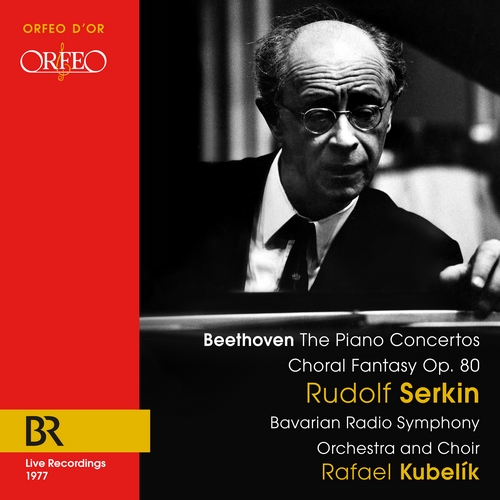 CD 3:
Piano Concerto No. 5 in E-flat Major, Op. 73
Fantasy for piano, chorus and orchestra in C Minor, Op. 80
These Bavarian Radio recordings, first released in 2005, constitute Rudolf Serkin’s third and final edition of the Complete Beethoven Piano Concertos, and were the only performances to be recorded in the concert hall, not in the studio. As such, they fittingly complete both his discography and his artistic legacy as one of the 20th century’s indisputably great pianists.