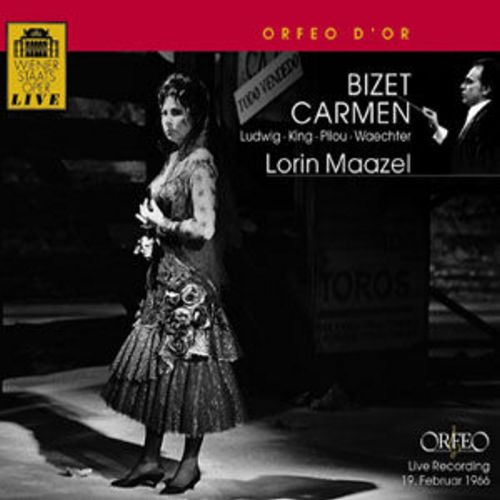 Orfeo - C 733082
Kompozytor
Georges Bizet (1838-1875)
Wykonawcy
Christa Ludwig
James King
Eberhard Waechter
Jeanette Pilou
Chor der Wiener Staatsoper
Orchester der Wiener Staatsoper / Lorin Maazel
Carmen - Opera en quatre actes
Livert de Henri Meihac et Ludovic Halevy
Christa Ludwig as Carmen was neither man-eating monster nor demonic femme fatale but a self-assured woman whose erotic charm stemmed from her lack of scruples and refusal to compromise. From her very first entry to the tension-laden final scene, Christa Ludwig pulled out all the stops, turning in a performance that still radiates an undiminished power, helping her to chalk up an enormous personal success with Viennese audiences.The conductor was the young Lorin Maazel, who in turn gave Christa Ludwig the part of Fidelio at the Deutsche Oper in Berlin only a few months later and thence to a musical partnership that lasted several decades. James King. a convincing, impassioned Don José diverges from the Heldentenor roles with which he was normally associated.The Italian soprano Jeanette Pilou sang the part of Micaëla, demonstrating that it was not just her name that made her so suited to the French repertory. It is fascinating to note the young Lucia Popp in the small role of Frasquita, and who better to sing the part of the predatory, Escamillo than Eberhard Waechter at the very peak of his powers…