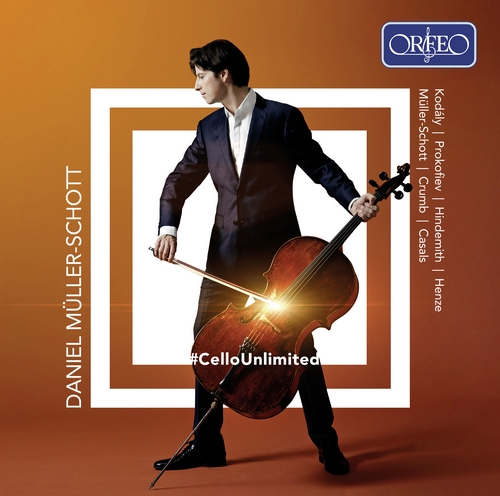 Pablo Casals:
El cant dels Ocells [Song of the Birds] (for Solo Cello)
After J. S. Bach’s solo cello suites in the early 18th century, the genre experienced a fallow period until Zoltán Kodály set the pace with a monumental sonata for solo cello in 1915. It inspired a variety of similar works, but Kodály’s 30-minute sonata still stands “like Mount Everest”, to quote Daniel Müller-Schott, the soloist on this recording. His programme also includes music by Prokofiev, Hindemith, Henze, Crumb and Casals, and features a work of his own for the first time: Cadenza continues the tradition of compositions that other cellists have always added to their recital programmes. “Here, you can recognise influences of the solo works that have influenced me over the years. In Cadenza, the contrasting elements of the world of my instrument appear in the closest space – the cello in pure lyricism, just as sequences catapulting themselves into the highest registers in rhythmical savagery and immediately concluding the movement after a final culmination.” (Daniel Müller-Schott)
Recording: Studio 2, Bayerischer Rundfunk, 25./26.09.2017 (Kodály), 09./10.01.2019. In the present recording, Daniel Müller-Schott plays the “Ex Shapiro” Matteo Goffriller cello, made in Venice in 1727, and a bow of Paris made by F.Peccatte in 1820.