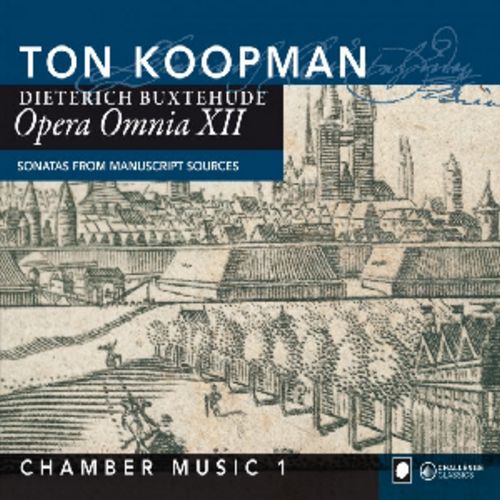 Buxtehude’s chamber music repertoire consists of altogether twenty-two works. All of Buxtehude’s chamber works present highly sophisticated compositions that belong among the most attractive and technically most demanding examples of the genre of ensemble sonata, then still in its infancy. They resemble in Many Ways the six Sonatas of the Hortus musicus (Hamburg, 1688) by Buxtehude’s colleague and friend, Johann Adam Reinken, organist at St. Catherine’s Church in Hamburg. But like Reinken’s pieces, they were influenced by Italian models, especially the instrumental Sonatas by the Venetian composer Giovanni Legrenzi (1626-1690), which were circulating widely also in Northern Europe. At the same time, they deeply reflect the improvisational, fanciful, expressive and colorful mannerisms of Buxtehude and his school, which the writer Johann Mattheson in 1739 referred to as “stylus fantasticus”.